You’re almost at Diagon Alley to buy your school supplies. How thrilling! Well, there’s only one thing standing in your way, quite literally, a wall. You know this wall is somehow the gate to Diagon Alley. You remember overhearing someone with a pointy hat saying something along the lines of:

What brick do you need to tap to enter Diagon Alley? 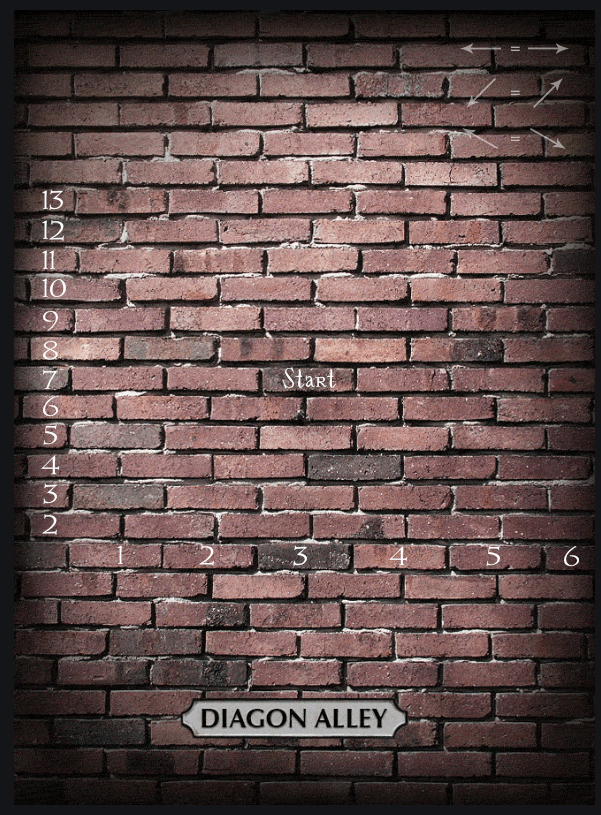